2013 board of directors elected

The annual autumn meeting of the Museum Railway Association operating the Jokioinen Museum Railway was held in Minkiö at Kiipu village hall on Saturday 24.11. 2012.

The annual meeting elected a new board of directors for year 2013. The following existing board members have been elected to serve one year terms starting in January 2013: Marko Laine from Helsinki as a chairman, Lauri Niemi from Vantaa as a vice chairman, Teemu Virtanen from Lahti as a secretary, Lea Harjula from Jokioinen  as a treasury.

There is a work party to cut the firewood for next summer in the weekend of Starlight train on 8.9. The work will start at 10.00 and continue until 17.00. The aim is to cut the logs at the fuel depot using chain saws and firewood splitting machine. After that the firewood will be piled up. If you are taking part to Starlight train operation you can participate in when there are breaks in train opeartion.

The annual spring meeting of the Museum Railway Association was hold in Kiipu Village Hall at Minkiö Station on Saturday 25th of March. There were 26 members of association present at the meeting. In addition to regular points on agenda Tuomas Juhantila was unanimously elected as a new board member. 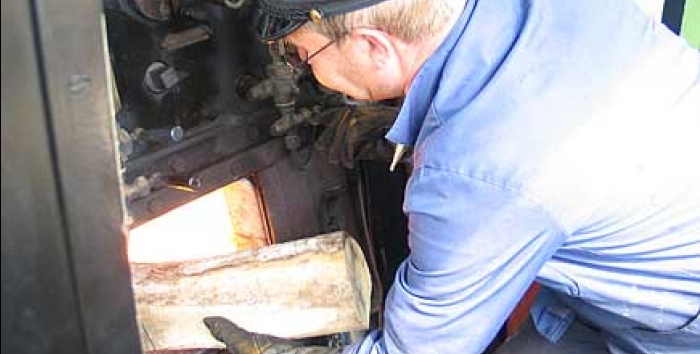 Steam locomotive fireman training will start this spring at Jokioinen Museum Railway. After gaining enough experience and working hours fireman can be trained to be a steam locomotive engineer.

The theory lectures of the course will be held at Minkiö on two weekends  28.-29.4. ja 9.-10.6. There will be a written exam after the second weekend. Practical training will be agreed on individual bases.