Making of the stove corners has been started and first wooden parts are already ready. Also remaining old tin metal parts were cleaned and drawings made to make the missing ones.

The turning machine bought to make the legs of the benches was put together. Next job is to make a model according to plans.

The window frames of the carriages were primed for second time. Lists and some massive wood for benches were measured for an ordered from a carpenter shop.

Two first trucks have been disassembled in parts for cleaning and painting. Two bearings are missing, otherwise the trucks are complete. The missing bearings can however be taken of the fifth truck bought to be used as spare parts.

The work continues in winter

The interior sheeting of the cars was painted with anti-mold chemical before the cars were taken to a winter storage shed. In winter the work will continue and components like windows, benches, etc will be built.

The car wall isolation is now completed and the interior birch plywood has been put in place. Next there will be work on building the floor and window frames.

Pictures of the Lahti carriage in the shop

(you can get in the picture gallery by clicking the thumbnails) 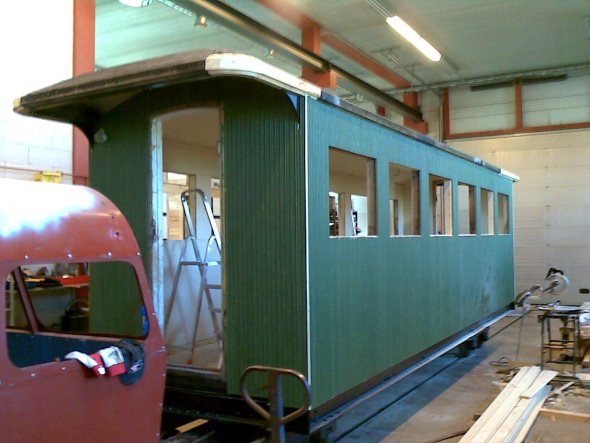 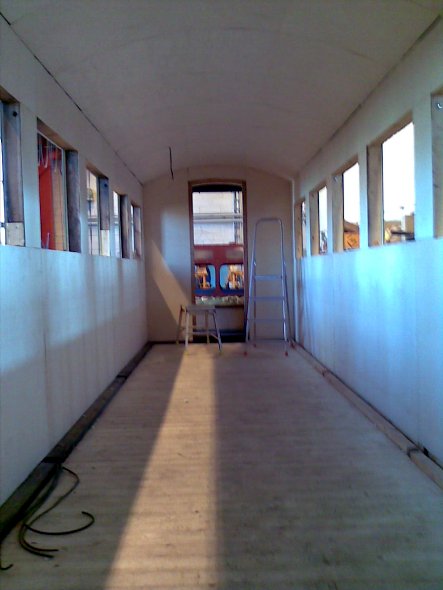 The body of the first car is ready!

The body of the first car starts to be ready. The window frames are installed as well as the tar roof. It is planned to get the car out of the shop next weekend to make space for the second car bought in Lahti.

Pictures of the Voikkaa car inside the shop

(you can get into the picture gallery by clicking the thumbnails) 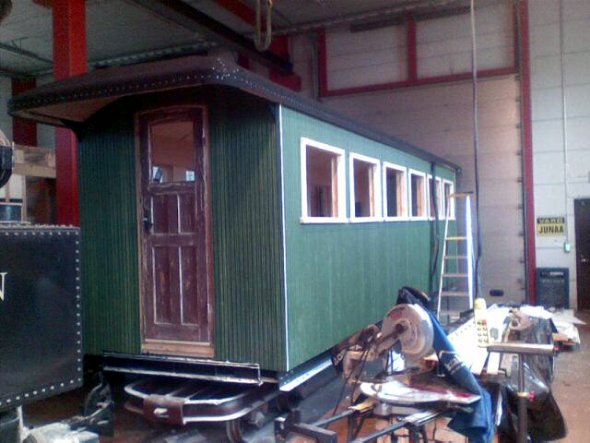