Renovation of the More Railcar

The Jokioinen Museum Railway rail car More is an important piece of equipment to maintain the railway. It is used as well for the track inspections, to search volunteers from the Humppila VR train station and to drive workers and equipment for the track work locations.

The railcar has been originally built by Wihuri Oy:n Teijon Factories in the 1950's and it was used until 1970's by the State Railways track department. The rail car has been rebuilt for narrow gauge in 1980's in Riihimäki at the shops of Mr Pertti Ersalo. More is powered by air cooled Volkswagen gasoline engine, which all the people are familiar with as a motor of the legendary VW Beetle.

The railcar is currently going through a technical overhaul, in which it has already received a newly rebuilt VW engine and all the electric system has been rebuilt for 12 volt system. Also a lot of painting and replacing of sheet metal has been done.

After painting the speeder door handles and locks were installed together with some preliminary electric work done today and yesterday. New corner lights were also bought to replace the old completely worn out lights.

(You can get into picture gallery by clicking the icon) 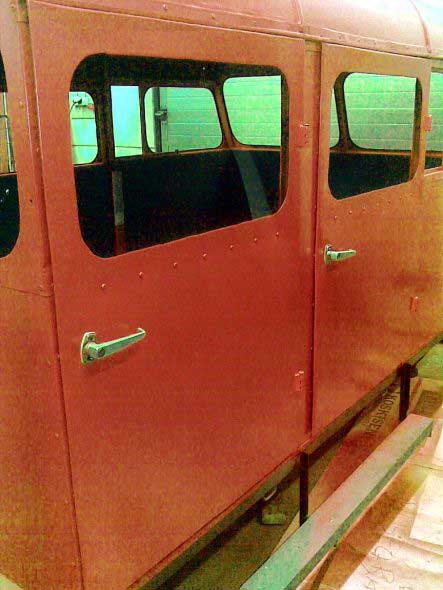