The work on the carriages was advancing on the weekend. The narrow 5 x 30 mm boards between the plywood sheets on the ceiling were cut out of wider 5 mm thick boards. After that the boards were sanded, tinted brown and lacked. There are total of 19 boards 10 in the first and 9 in the second carriage. At the same time missing door boards were sawn and the corner boards of the ceiling were tinted brown and lacked. The extremely cold weather (nearly -30 C) made it impossible to install the boards as the carriages are in non heated shed, but the work will continue later in spring when weather gets warmer!

During the past weekend all the major components for benches were made. Work also started in building the remaining benches. The old color models of the indoor corner lists of cars were examined and it was found the color is very close to teak color. More plywood needs to be purchased for the back rests of the benches. After the benches are installed it will be the time to start the finishing touch of car interiors.

The first long bench is installed

The first wooden bench has been installed in the carriage found in Kuusankoski. The benches is the so called long bench and it was quite difficult to install because of its large size and heavy weight. Also the wall for a heating stove was fitted in its place. After installing the benches a back of the bench was built straight against the wall according to the old model.

(you can get to a picture gallery by clicking the picture) Heating stove walls and legs of benches are ready

Walls for the second heating stove are now ready. These walls have been long gone when we received both cars, but the new once were built according to model of the remaining walls. Also the metal sheeting of the walls had gone so a brand new sheeting was made according to the model of found in the other car.

Also all the legs of the benches have been now painted. The legs were painted three times and lightly sanded after each painting to get a nice and shiny result.

Pictures of the ongoing work 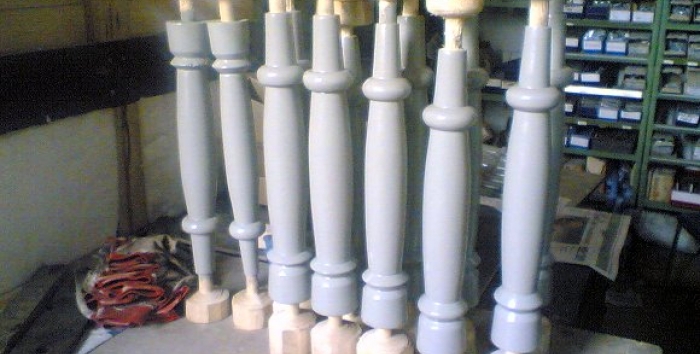 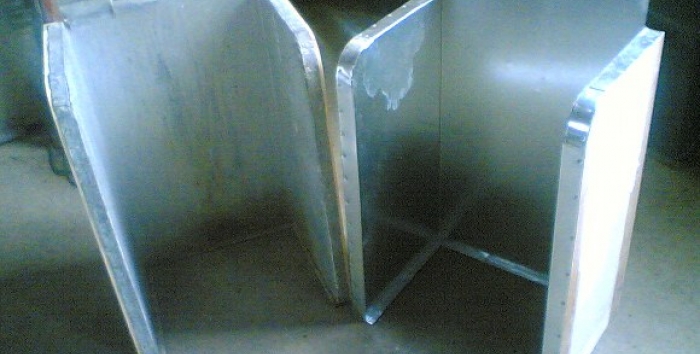 All bearings casted and seats started

All the rest of the missing white metal bearings were made on Saturday. Now the bearings are waiting for spring and installation in the trucks. In the weekend the work started also on making the benches. The necessary parts for first bench were completed and putting it all together started. The long bench will be 6.8 m long and will cover one full side of the carriage. On the other wall there will be two shorter benches and a stove in between these two.

The trucks of the first car installed

The trucks have been tried and fitted under the first car. The trucks are sitting about 5 cm too low and a fitting ring needs to be fabricated to rise up the car so that wheels have enough clearance to roll. When fitting the trucks a temporary ring was made to try how the car runs with the new trucks.

Pictures of fitting the trucks

(you can get into the picture gallery by clicking the thumbnail) 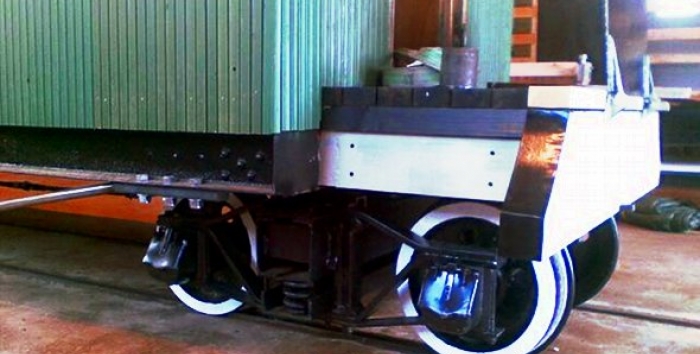