This is a blog anout renovation and rebuilding of a broad gauge Matisa Tamper to a narrow gauge tamper. Tamper is used at the track work to tamp the gravel under the railway sleeprs to make a solid track that does not move under the weight of a train.

Before using tamper machines tamping was done by hand either by shovel or a tamping pickaxe.

Last weekend the tamper was used for the first time. It was used to tamp a couple of loose sleepers next to the Jänhijoki river railway bridge. The test were very successful and the machine seems to work well.

Renovation of the hydraulic system has started

Renovation work on the hydraulic system of the tamper has started. The old hydraulic pipelines and valves will be checked and fixed or replaced as needed.

The machine team is checking the tamper 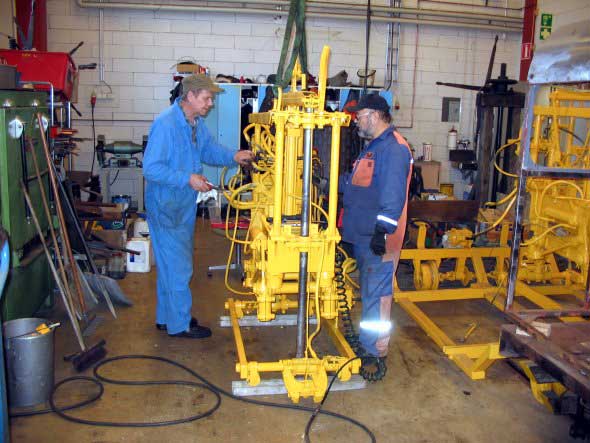