This is a blog about extending the main line track of the Jokioinen Museum Railway from the the current terminus at Jokioinen to a location where the track used to be in the 1970s by the river Loimijoki. Most of the right away is still there and about half of the distance the original rails are still there under the trees and bushes although the railway sleepers are quite rotten as the last trains ran in the mid 1970's!

After the extension is completed the new terminus of the line will be next to Loimijoki river just in the middle of historical Jokioinen Manor and very close to downtown Jokioinen. The location of the new station will be very beautiful next to a river. There are remnants of the 1898 built and in 1981 dismantled railway viaduct next to the station. There is much shorter walking distance to agricultural park Elonkierto, the Jokioinen Manor park and the restaurant Ometta from the new Jokioinen station.

Renovation of Humppila road railway crossing next to the Jokioinen station is ready. The team of VR-rata Oy working at Minkiö station installed the pre-made rail elements to the crossing and Soraset Oy took care the traffic control and road surfacing. The old crossing element made of 22 kg/m rails has been replaced by one made of 30 kg/m rails and decked with asphalt. The crossing of a bicycle road has an old style concrete decking. With the concrete decking the gaps between the deck and rails could be made more narrow and thus make the crossing more safe for bicycles.

Pictures of the renovated railway crossing 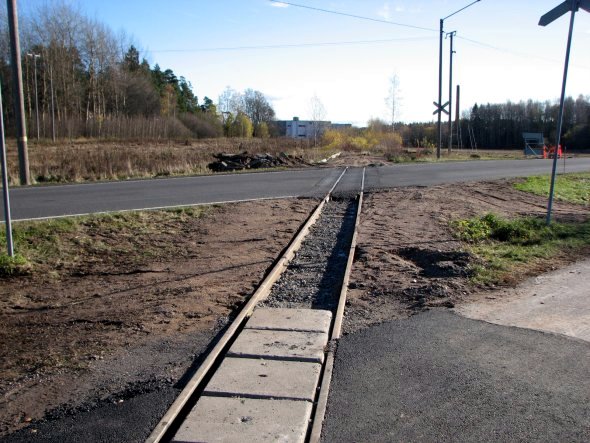 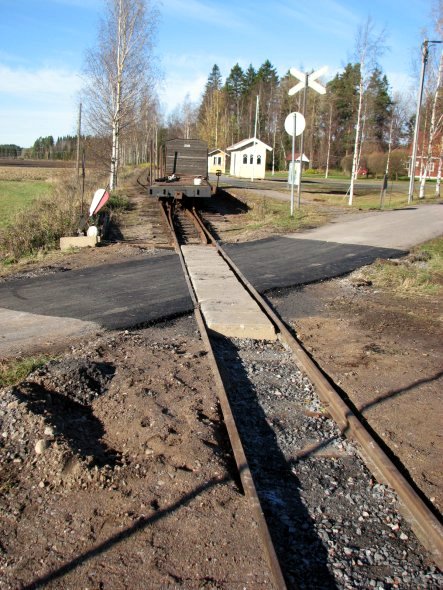 A long time planned 800 m track extension from Jokioinen station along the old unused trackbed to the center of Jokioinen manor area has got its first step forward. Survey has been made on the site and first plans have been made to rebuild the existing unused track and move the end point of the railway closer to area which have more tourism potential. Next phase on the project will be making a contract on track access on government land.